There May Not Be A Face On Mars, But It Turns Out Smiley Over There Is On A Can Of Pepsi 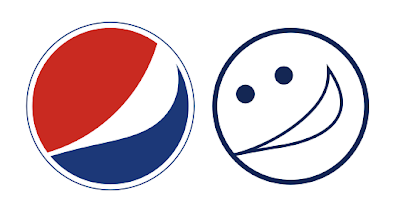 On July 25th, 1976, NASA’s Viking I Mars Orbiter beamed an image back to Earth that had the distinct and startling appearance of a humanoid “Face On Mars.”
Though immediately dismissed by Viking chief scientist Gerry Soffen as a trick of light and shadow, two computer engineers working at NASA’s Goddard Space Flight Center, Vincent DiPietro and Gregory Molenaar, discovered additional suspiciously misfiled images that some say provide definitive evidence that there is in fact a monolithic face carved on the surface of Mars.
Should the presence of such an artifact exist, it can only mean that an ancient lost civilization once flourished on the red planet; a civilization which may have not only contacted, but very much influenced our own. Variations of this theory fall under a body of conjecture commonly referred to as the “Mars-Earth Connection.”
Suffice it to say, the implications are staggering.
Of course, if that logic train sounds completely implausible, then you’d best buckle yourself in and get ready for this weird, wild ride...
Recently, a document that appeared on the internet - labeled audaciously: “Breathtaking Design Strategy”- attempted to stake the claim that the current Pepsi-Cola corporate identity can trace its upbeat-iconography back well over 5,000 years to the Vastu Shastra - the Hindu tradition of numeric harmony and spatial order.
This New Age Powerpoint Presentation further goes on to detail - in a grand Da Vinci Code-meets-the UPC code prose - how every bottle, can and logo ever churned out by the soft-drink manufacturer is both the embodiment and culmination of every form of Sacred Geometry, from the Golden Ratio to the algebraic-influenced figure drawings of Le Corbusier.
To borrow from the vernacular of an infomercial, allow us to add: “But wait, there’s more...”
The presentation culminates with the final revelation that not unlike the planet Earth itself - whose iron-nickel alloy core creates a “naturally occurring electric generator” that sustains a magnetic field which exerts gravitational forces on the planet’s inner and outer surfaces - the new Pepsi Logo...
...wait for it, wait for it...
...generates its own “symmetrical energy field” that not only creates emotive forces capable of shaping “the gestalt of the brand identity,” but theoretically - and in stark opposition to all the laws of Newtonian Physics, which effectively govern the known universe, mind you - establishes a gravitational pull that causes the consumer experience to shift from a transactional experience to an invitational expression.
They wrote that.
And drew a bunch of diagrams.
To attempt to read more, click HERE>
Posted by The Curator at 11:21 PM