Do SuperHeroes Walk Amongst Us? If “Glow-In-The-Dark Eyes” Count As A SuperPower They Do 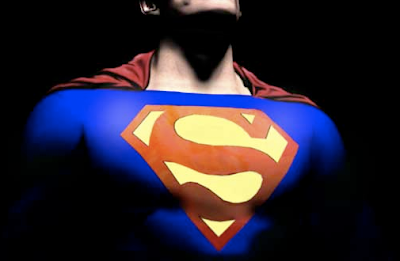 Previously here at the Museum, we’ve explored the theories that Homo Sapiens are continuing to evolve at a surprisingly rapid rate, and that human beings may actually - as the result of rapid advances in technology and medicine - metamorphosize in the very near future into a half-man, half-machine species called: Homo Evolutis.
But while a wholesale paradigm shift hasn’t occurred just yet, we have been monitoring the appearance of extraordinary traits, or perhaps more accurately - SuperHuman powers - being exhibited by various individuals around the world.
For instance, in China, a young man named Nong Youhui has stunned medical professionals with his ability to see in pitch blackness with eyes that glow in the dark. Unquestionably qualifying in our estimation as a SuperPower, the only apparent downside of Youhui’s amazing ocular ability is that it’s earned him the tragic nickname of “Cat-Boy.”
We’re not sure how to say “that sucks” in Chinese, but we’re almost positive that’s what Youhui must have been thinking when he was dubbed Cat-Boy.
And then there’s Lewis Gordon Pugh, an Englishman who has made a habit of swimming in the 0 degree celsius waters off the coast of Antarctica. Known as the Ice Man, Pugh has the ability to swim for substantial amounts of time in water so cold, it would assuredly kill a normal man in minutes, if not on contact.
Granted, being able to swim in really cold water and seeing in the dark may not be the most formidable weapons in the fight for Truth, Justice, and The American Way... but even Green Arrow got to be in The Justice League of America, and, well, no offense, but basically he was just a pretty good shot with a bow-and-arrow.
In any event, we’ve assembled a fairly impressive, rag-tag team of misfit Super-Powered beings for your review.
Evil-doers, beware.
To read more, click HERE>
Posted by The Curator at 7:46 PM