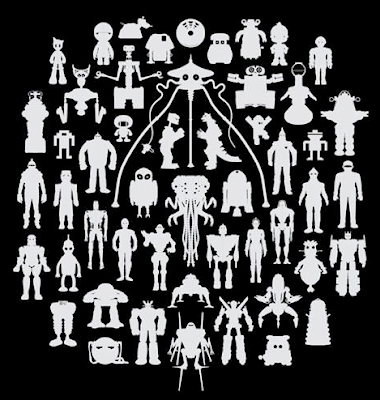 It seems like just yesterday (technically, it was) that we reported on a scientific discovery that arguably validates the seemingly preposterous bio-chemical theory that if you were bitten by a radioactive spider, your genetic code could be altered, and you would begin manifesting arachnid-like qualities, thus becoming a sort-of hybrid Man-Spider.
Likewise, we’ve been (nervously) following Google + NASA’s work on their self-described Super-Smart Robots, as well as reports from the 2009 TED conference that mankind is on the verge of taking a technologically-enhanced evolutionary leap and morphing into a new species dubbed Homo Evolutis; not to mention the Eliza Doolittle-meets-Mary Wollstonecraft Shelly abomination that is: the Living-Doll Made Out Of Cancer Cells.
So with the inconceivable-ramblings-of-mad scientists rapidly becoming the patentable-billion dollar techno-industries of the near future, we at the MuSuNaHi graciously tip our pith helmets to our colleagues over at io9 who have ambitiously and expertly archived a comprehensive Field Guide To Robots.
We especially liked the four genres of automatons they settled on: Experimental Prototypes, Bizarre One-Offs, The Creations of Mad Inventors, and Robots Built By Other Robots From Scrap.
Mind you, while all of these Robots are the products of science-fiction, at one point in our civilization’s history, so were organ transplants, jet-propulsion, and television.
And since the Truth seems to be both stranger than fiction and science-fiction, we’re quite certain that the first androids who walk amongst us (and can we be certain that they don’t already) will most assuredly take the shape and form of something we once saw on the late-late show.
To read more, click HERE>
Posted by The Curator at 8:53 AM