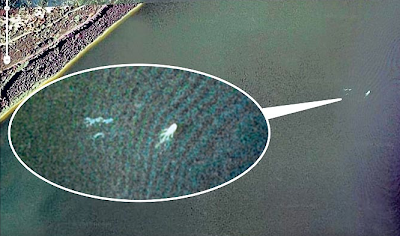 Earlier this year we had a beef with those brainiacs over at Google when they tried to dismiss the potential discovery of Atlantis via Google Earth with some pointy-headed Silicon Valley subterfuge.
But we’re willing to let bygone be bygones especially in light of the fact that The Loch Ness Monster may have just been spotted on Google Earth.
To read more, click HERE>
Posted by The Curator at 8:46 PM No comments:

Is Sasquatch-Spotting The New Whale-Watching? 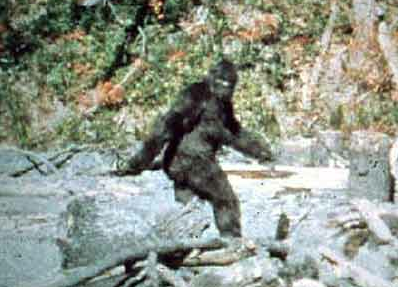 With the summer heat having moved from “unbearable” to “reprehensible,” we here at the MuSuNaHi can’t wait to jet off to Scotland at the end of August and cool off in the shallow end of Loch Ness, with the intent of catching some rays, as well as a glimpse of that lake’s legendary local.
Of course, it was most likely Roger Patterson’s eponymous 1967 “Patterson Film” - the most famous piece of photographic evidence pointing to the existence of Big Foot - that popularized the idea of a packing up and heading off on a paranormal vacation with some friends.
So it comes as no surprise to us that Forbes Traveler’s Judy McGuire has churned out an admirable article titled “Where The Monsters Are” - that lists some of the world’s most popular hot spots one might consider for a cryptozoological encounter.
To read more, click HERE>
Posted by The Curator at 11:40 AM No comments: 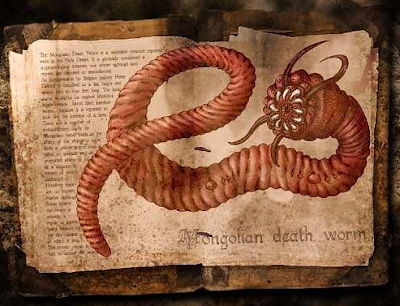 Imagine our excitement here at the Museum when this headline came across the telex: “Armed with explosives, two men are heading to Mongolia’s Gobi Dessert to find the fabled acid-spitting and lightning-throwing Mongolian death worm.”
This dessert-dwelling cryptid is described as being bright red, and approximately 2-5 feet long. It is reported to slay its victims by either spewing acid into their prey’s faces, or electrocuting them.
In 2005, Richard Freeman boldly led a four-man team from the Centre for Fortean Zoology to Mongolia in search of this mysterious and deadly beast. (This intriguing documentary about the expedition is more than worth a viewing).
While an actual “worm” would most likely not be able to survive in a dessert, theories abound that the Death Worm is most likely some sort of snake, or perhaps an amphisbaenidae.
To read more, click HERE>
Posted by The Curator at 9:46 AM No comments: 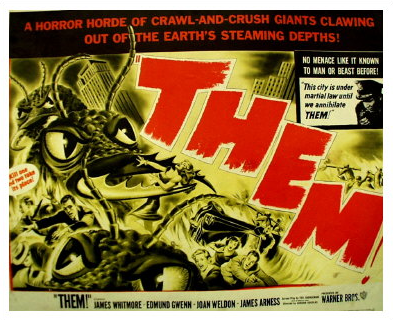 A news report from the BBC asserts that a “a single ant mega-colony has colonized much of the world” putting a damper on global picnic plans.
The report goes on to state that the colony may be the largest of its type ever know amongst all insect species, and it may even “rival humans in its scale of world domination.”
To read more, click HERE>
PS: For a short documentary on the seemingly humble ant (who is clearly conspiring to rule the world), watch “Ants: The Invisible Majority” narrated by Dr. Brian Fisher.
Posted by The Curator at 12:29 PM No comments: