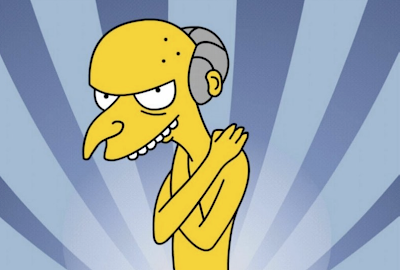 At this year’s TED conference, Juan Enriquez - the CEO of the nefarious Sci-Fi-sounding futuristic technology company Biotechonomy - predicted “the ultimate reboot for the human species” as a result of the coming confluence of genetic engineering, tissue generation, and robotics.
In other words: a whole new offshoot of humans he christened with the mad scientist-esqe moniker “Homo Evolutis.”
Of course, the inevitable creation of a cybernetic organism - or “cyborg”- shouldn’t surprise anyone; the real question is how much would this sort of hi-tech, bio-engineering, nip-and-tuck cost? After all, way back in the 70’s the going rate for this sort of upgrade was already pegged at approximately $6,000,000.00.
And therein lies the tale.
According to a report in the UK’s Telegraph, American futurologist Paul Saffo ups the ante on Enriquez’s prediction, and suggests that the “super-rich” will be the first to take this pecuniary and evolutionary leap.
What this will mean for the growing gap between rich and poor, as well as how it may one day augment billionaire Donald Trump’s hair remains to be seen.
To read more, click HERE>
Posted by The Curator at 9:06 AM No comments: 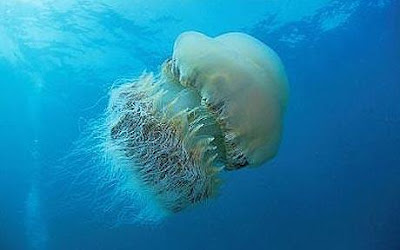 Earlier this summer, the MuSuNaHi posted a warning issued by no lesser authority than The National Geographic Institution that an attack on the island nation of Japan by a swarm - or “bloom” - of jellyfish was imminent.
For those who scoffed at the potential for these denizens of the deep to create havoc, they may want to compare notes with the crew of the Diasan Shinshu-maru - the 10 ton fishing boat that was capsized whilst attempting to haul in a net full of giant jellyfish.
To read more, click HERE>
Posted by The Curator at 4:31 PM No comments: