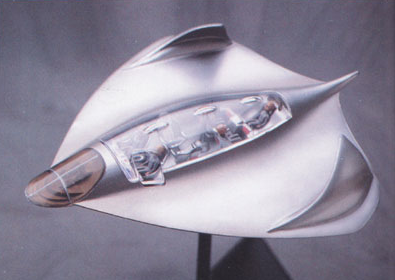 It’s always been suspected that Area 51 - a top-secret Air Force base in the Nevada dessert - has bee tasked with churning out futuristic aircraft reverse-engineered from the UFO that crashed in Roswell, New Mexico in 1947.
For years, we’ve been scouring the globe in search of proof that the government has had their hands on a UFO, but we never thought the smoking gun would be a 1/48th scale model sold by Testors.
The evidence trail goes like this: Legendary Lockheed engineer John Andrews eventually became the chief model kit designer for the Testor Corporation. Andrews personally confirmed that there was indeed a design connection between the spacecraft that crashed at Roswell and the Unmanned Combat Air Vehicles (UCAVs) spy planes designed by Lockheed.
Ben Rich, the head of Lockheed’s “Skunk Works” division, confirmed that his friend and colleague John Andrew’s Testors models, were indeed influenced by the Roswell UFO.
Rich went on to elaborate that there are, in fact, two types of UFOs: “the ones we build, and the ones they build.” The implication being that from the original SR-71 Blackbird right up to today’s unmanned drones flying combat missions in the Middle East, all of these aircraft are predicated on alien technology.
To read more, click HERE>
Posted by The Curator at 6:13 AM