Good News: That Busted Doomsday Machine That Can Destroy The World Is Finally Working Again 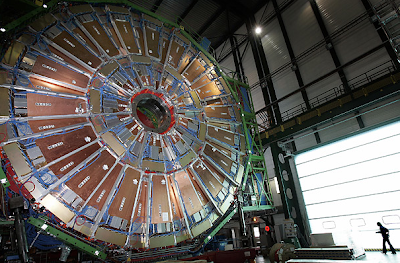 The Large Hadron Collider (LHC) in Geneva is set to go back online.
The LHC of course gained infamy in September of 2008 when critics of the $6 billion particle accelerator theorized that the device could quite possibly create a mini-black hole that could expand into Earth-eating proportions.
Naturally, the level-headed scientists at the European Organization for Nuclear Research (CERN) -which operates the LCH - published a safety report ruling out the possibility of such a cataclysmic event ever occurring.
Of course, the doomsday device then proceeded to overheat and break down just a few days later.
This time, however, the experts have re-reassured the planet’s population that everything will be A-OK.
Which would make us feel better if The Titanic were not deemed “unsinkable” by its designers, only to plunge to the bottom of the ocean floor on her maiden voyage.
To read more, click HERE>
Posted by The Curator at 12:17 PM