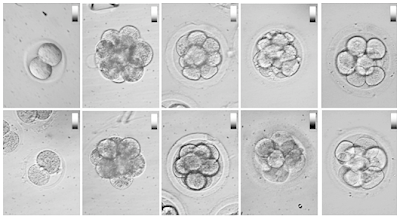 Previously we reported on Google and NASA’s plan to collaborate in order to create machines smarter than humans. This naturally had us contemplating a future filled with malevolent androids at war with the human race.
Now the good news: it appears that another long-anticipated - the ability to clone humans. Which of course ushers in the prospect of an army of clones genetically engineered to fight the aforementioned killer robots.
Of course, the bad news is: this could also pave the way for a Logan’s Run, The Island, Star Wars’ Clone War scenario that we’d rather not contemplate.
To read more, click HERE>
Posted by The Curator at 9:15 AM