Why Scientists Love To Ignore Science 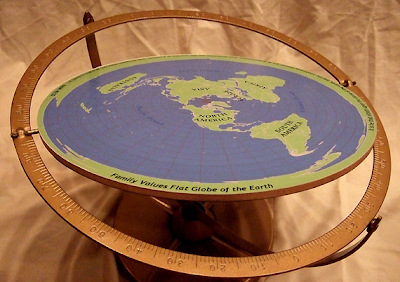 For thousands of years, ancient civilizations knew the world was round. But then, more “sophisticated” cultures arbitrarily decided it was flat, and when presented with evidence to the contrary, they tended to burn it - and in many cases - the people who wrote it.
Sound barbaric? It was then and it still is now.
That’s right, even today in our modern, enlightened world, if you’re crazy enough to suggest that scientific canon may be wrong, you’d better watch your back.
Journalist Will Hart’s essay “Archaeological Cover-ups: A Plot To Control History” brilliantly makes the case for how “The scientific establishment tends to reject, suppress or ignore evidence that conflicts with accepted theories, while denigrating or persecuting the messenger.”
Sound like a vast conspiracy? It is.
To read more, click HERE>
Posted by The Curator at 7:41 AM