The Title Says It All: “Who Built The Moon?” 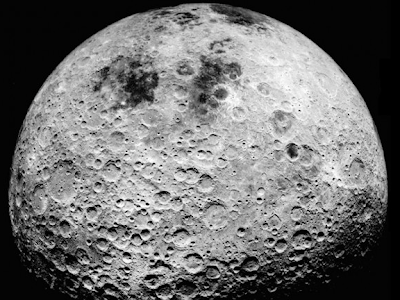 The premise of the book is as simple as it is audacious: once you begin contemplating some of the inexplicable facts about the nature of the the moon, the only thing more absurd than implying that it’s some sort of synthetic satellite is implying that’s it’s some sort of naturally occurring heavenly body.
After all, could it be merely just a coincidence that there are 366 days in an Earth Year and the Earth is 366 times bigger than the moon? Or that the moon is 27.31% of the Earth’s size, and it takes 27.322 days for the moon to orbit the Earth? If you don’t see a pattern yet, then contemplate this fact: for every 10,000 Earth days, the moon completes 366 orbits around the Earth. Now divide 10,000 by 366 and you arrive back at 27.322.
If the repetition of those numbers give you the creeps, then let’s move on to the number 400.
The Earth rotates at a speed 400 times faster than that of the moon. The moon is 400 times smaller than the Sun. The moon is 400 times closer to the Earth than the Sun. Which is why during a total solar eclipse, the diameter of the moon appears to cover the diameter of the Sun perfectly.
Still not convinced?
To read more, click HERE>
Posted by The Curator at 9:20 PM