Now If Only It Breathed Fire 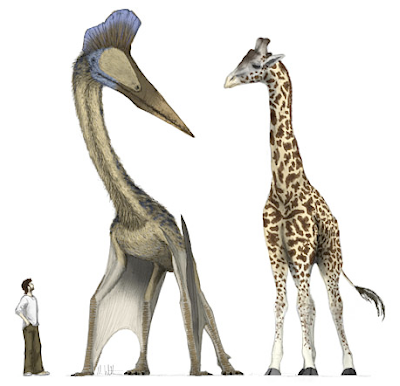 Here at the museum, we are big believers in Haldane’s Law that states “The Universe is not only stranger than we imagine, it’s stranger than we can imagine...” and the discovery of a giant Pterosaur that took flight on all fours only makes us want to yell “Told you so” in Latin.
Weighing in at an estimated 500 pounds and standing taller than a giraffe, these beasts took flight by making a leaping vertical launch in less than a second without the aid of wind or wings.
To read more, click HERE>
Posted by The Curator at 8:19 PM