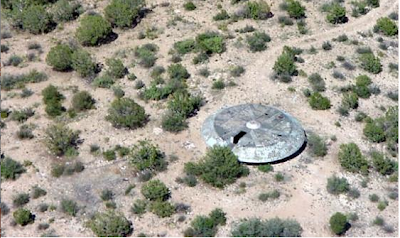 One night in 1965, eyewitnesses saw a fireball streak over North America, bank a turn and then suddenly appear to crash somewhere in western Pennsylvania.
Not long after, swarms of military personal combed the area, and later a suspicious tarp-covered flatbed truck rumbled out of the woods never to been seen of again.
Now, more than 40 years later, a former White House chief of staff and an international journalist want to know what the Pentagon knows, calling on “The Man” to release classified files about this and other incidents involving unidentified flying objects, or UFOs.
To read the more, click HERE>
Posted by The Curator at 2:38 PM