With Apologies To TS Elliot, Apparently THIS Is How The World Ends 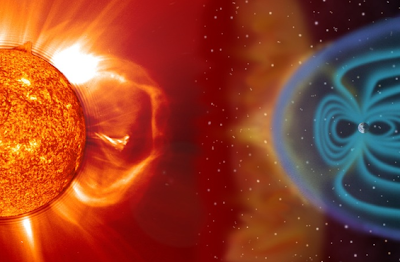 “Are we ready for a Solar Hurricane Katrina?” That was the ominous question posed by an ABC News Report that examines the potential catastrophic results of increased solar storms and the subsequent solar flares, that are soon to begin raging on the surface of the Sun.
Oh, and apparently, the answer is: “No... we are so not ready.”
According to a recent NASA report, the worst case scenario “...would likely include, for example, disruption of the transportation, communication, banking, and finance systems, and government services; the breakdown of the distribution of potable water owing to pump failure; and the loss of perishable foods and medications because of lack of refrigeration.”
NASA’ report went on to pessimistically peg the cost of this cosmic calamity at several trillion dollars.
The first observed solar storm took place in 1859 and is known as The Carrington Event, named after British Solar Astrologist Richard Carrington, who personally observed the phenomena.
It has been theorized that the next round of solar flares may be exacerbated by, or even the direct result of the fated planetary alignment due to take place on December 21, 2012 - an event ominously predicted with uncanny accuracy by the Mayan Calendar.
In this scenario, giant solar flares will strike the earth and disrupt our planet’s electromagnetic field to such an extent that the earth will experience an actual pole shift resulting in unimaginable and unprecedented global devastation.
Fortunately, there are some giant brains at NASA attempting to come up with a civilization-saving Plan B.
To read more, click HERE>
Posted by The Curator at 2:46 PM