Giant Reptile, Giant Moth, Giant Robot - Is Giant Jellyfish Invasion A Surprise To Anyone In Tokyo? 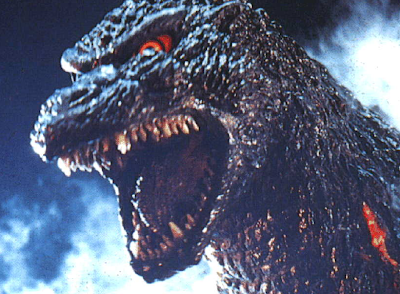 Dateline Tokyo: National Geographic’s Julian Ryall is reporting that “Giant Jellyfish seem poised to invade Japan, and experts are warning fishers to brace themselves for an inundation that could wreak havoc on their industry.”
Of course, seeing as how Tokyo has in the past been a magnet for Giant Reptile attacks, Giant Moth (summoned by a pair of minute Japanese pop-stars) Attacks, and Giant Robot attacks, one wonders if anyone on the island nation is surprised by the fact that a “Giant Something-Or-Other” is pondering an impending invasion?
As a precaution, citizens of Japan are being encouraged to avoid the nation’s thousands of miles of coastline - similarly, the staff here at the Museum are planning an to order in sushi, before the impact on the fishing industry is felt.
To read more, click HERE>
Posted by The Curator at 2:54 PM