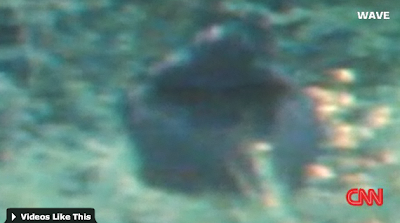 For years skeptics, know-it-alls, and paranormal party-poopers have dismissed the notion that aliens routinely visit the earth, cryptoids are continuously running amok, and Atlantis is in fact buried under the miles of ice covering Antarctica by rattling off the rhetorical question: “If all those things really exist, then where’s the evidence?”
Well apparently, in the age of Google Earth, Google Maps, and a plethora of consumer electronics that all come with a built-in camera, the answer is: “Right here, jackass...”
Case in point - a frustrated gardener who couldn’t figure out why his green beans weren’t growing the way he had hoped they would placed a surveillance camera in his backyard hoping to catch the varmint who was co-opting his crops.
Turns out the creature was no more rascally rabbit, it was Big Foot. Don’t believe us?
To watch the CNN report, click HERE>
Posted by The Curator at 7:37 PM